Defining Moments - How One Death Claim Changed Me Forever

We all have defining moments in our life when an event or situation changes us forever (preferably for the better). I had one such moment when attending a funeral for Wendy Pacheco. Wendy was a beautiful 27–year–old who died of cancer nine months after giving birth to twins. She also had a 5–year–old. At her funeral, the pastor told us of Wendy's dream while in the hospital. She was walking up a staircase. There was a light at the top of the stairs. She said she was at peace as she climbed, but then she turned, looked back, and saw her three kids at the bottom of the staircase. In a panic, she turned and began to run down the stairs as she awoke, screaming, "Who's going to take care of my babies!" Wendy wanted so much not to die, but she died that day.

I was Wendy's agent. I had sold her a $150,000 policy two years prior. Her funeral, death, and seeing her husband to deliver the death claim changed me forever. I honestly can't tell you what formula I used to determine her needs at $150,000. I probably just totaled their debts, funeral costs, and things like that and came up with a death benefit I felt she and her husband could afford. I also felt $150,000 was a significant death benefit. My point is that I had no formula that helped me understand the true hopes Gerry and Wendy Pacheco would have for one another if faced with such a tragic situation. Upon meeting with Gerry to deliver the death claim, those true hopes became very apparent and what I had in my hand to deliver was far short of meeting those hopes. At that point, I realized I had failed this family.

As a young man and agent, I was probably guilty of assuming nothing would ever happen to someone like Gerry and Wendy and that insurance was something people their age never really use. However, Wendy's death changed that perspective. It taught me that being a good agent meant that it was my responsibility to assume the worst was going to happen in people's lives, and when it did, the plans I put in place would keep them or their survivors financially strong. It's from this understanding that I came to realize that my job wasn't about selling insurance. Instead, it was about working to protect and preserve the quality of life of the people who trust me with their insurance and financial needs.

Wendy's death forever changed me, and I have honored her, and that change for 20 years now. Her death gave me the courage to try harder, to ask more of the right questions, to listen, discern, understand, and be more methodic and disciplined in my processes. As I became a better listener, I became better at understanding people. As I became better at understanding people, I found myself caring more about their hopes, goals, aspirations, and dreams. This led me to be more thoughtful and creative in working to create plans that helped people realize those hopes and dreams. Time after time, I learned that while things may appear in order, it isn't until a fact–finder and an assessment of the facts is complete that one knows for sure. 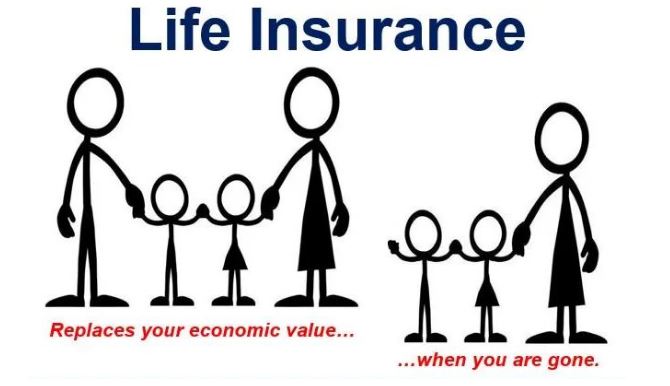 I have delivered a total of 18 death claims, and each time I become more convinced of the value I bring to people's lives. I truly believe that next to a doctor, an insurance professional is one of the most important people in our lives. My goal isn't to sell insurance. It's to find people that are at risk and remove those risks before the unexpected occurs in their life. If I could have understood this earlier, I am confident that I would have done my job as Wendy's agent to deliver a death claim that was big enough to protect the hopes and dreams that Gerry and Wendy shared. Because of Wendy, I adopted a greater sense of urgency, have aspired to higher and more worthy objectives, and have sought to reach those objectives through perseverance and a commitment to serve.

Today is the 20th anniversary of Wendy's death. It's hard to believe her twins are 20 now. My hope is that I have honored her death by becoming a better agent, a great agent.

Many persons have a wrong idea of what constitutes true happiness. It is not attained through self–gratification but through fidelity to a worthy purpose.

Life insurance isn't about the death benefit. It's about protecting and preserving your way of life should you be faced with the reality of an untimely death. It's about income replacement, covering final expense costs, paying off debt, and ensuring you can stay in your home. The good news is that life insurance isn't expensive and can be the difference between panic and fear or peace of mind knowing you're going to be okay. If you need help with this significant decision, want expert advice, and someone you can trust to come through for you in your time of need. Then please, give us a call at (720)996-1975. There are no obligations and we're more than happy to talk with you about your concerns and plans.